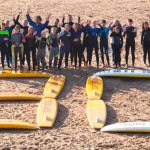 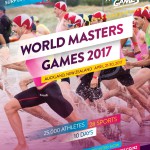 The International Life Saving Federation is proud and honoured to be included in the World Masters Games that will take place in Auckland – New Zealand from 21 to 30 April 2017. The Lifesaving Competitions are planned on 22 and 23 April 2017. Events Individual Events Beach Run Women/Men: 2km: Read More » 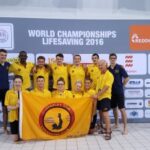 28 members of the Crawley Town Life Saving Club travelled to the Netherlands to take part in the RESCUE 2016 World Lifesaving Championships; National, Club and Masters Championships and came away with; Youth World record and Boys World title in the Line throw – Martin Schofield with Joe Woollard GBR‘s Read More » 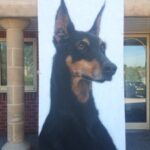 SLSGB were the chosen charity at this years Devon Dub Fest in July. During the weekend Jeff Evans painted an amazing portrait of a Doberman and has kindly donated this awesome 8ft x 4ft piece of art to SLSGB to auction off to raise further funds. The auction will be a silent Read More » 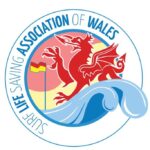 Returning to Exmouth for the third successive year of Surf Life Saving GB National Surf Championships hosted by Exmouth Beach Rescue Club starting with competition for the over 30 age group on the 6th and 7th, the up to age 18 will be held on the 9th and 10th concluding Read More » 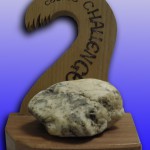 Congratulations to the following athletes that have been selected to represent England in a team based event versus Wales, on Friday 19th August at Portreath. Start time TBC. The programme will cover the following events: These will be contested as team events Ski Board Surf Team Taplin Relay Board Rescue Read More »