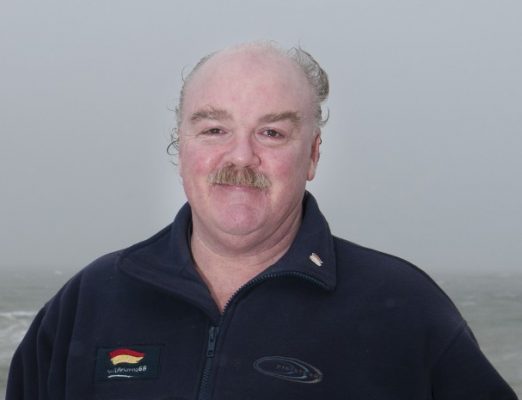 It is with great sadness that we announce the death of Bill. Although he had been ill for some time, in true Bill style, he did not want any fuss or to use it as an excuse.

He will be missed by all in Surf Lifesaving and on behalf of all of our members, we offer our sincere condolences to his Family.

Bill was awarded the British Empire Medal by the Queen in 2020 for his voluntary service to Surf Life Saving. He was already honoured with Life Membership of his Club, the Region and Nationally in recognition of his selfless and exceptional contributions at all levels.

He became involved in Surf Life Saving in 1988 joining Southbourne Club. Fully committed, he trained as a qualified Lifeguard (never enough for Bill) followed by Instructor and Examiner. And if that was not already enough, led on the project for their new clubhouse and undertook a lot of the work himself to finish the building.

His knowledge, meticulous attention to detail and huge energy quickly attracted involvement at Region and National levels. He became a Referee and attended all the major events, camera always at the ready. He was at the forefront of all our IRB activities as a recognised national expert. When we moved into flood rescue, he founded and raised the funds for the Wessex Region Flood Rescue Unit and was Chairman at the time of his death. He received many awards but never pushed himself into the limelight.  He was always the first to volunteer and never daunted by the task.

Bill, we will miss you beyond mere words can express and are proud to have known you