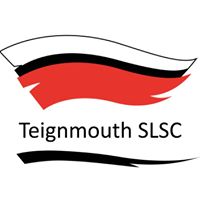 At 8am on Sunday 29th July, Glen Mayhew was assessing sea conditions to see if it was safe for Teignmouth Beach SLSC to run their training session. Whilst doing so Glen witnessed two men jump from the sea wall into what was rough seas with waves of up to 6ft crashing down. Dominic Round then arrived at the club and both members approached the sea wall to assist, advising the casualties in the water to swim out to sea and away from the wall they were instinctively clinging to. By this point both men were panicking and being smashed into the sea wall by the oncoming waves. A nipper board and rescue tubes were thrown in to try and help them get out past the breaking waves, this was the only way to safely help the two men as there was no beach and a pushing swell meant they were both at risk of being knocked unconscious and drowning.

Natalie Coen arrived on scene and took over coordination from the clubhouse, liaising with the coastguard, Teignmouth Lifeboat and offering reassurance to the casualties, whilst Glen and Dom made the decision to enter the water.  Dom and Glen swam around 100m in very heavy seas and got both casualties into rescue tubes. The lifeboat then arrived and retrieved all four from the water.  Both causalities were admitted to hospital but are now both fine thanks to the quick thinking actions of three experienced lifesavers whose actions prevented a possibly disastrous outcome, demonstrating physical strength, great communication and team work.

Well done to all involved for saving the lives of two very lucky individuals.