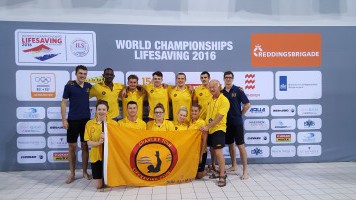 28 members of the Crawley Town Life Saving Club travelled to the Netherlands to take part in the RESCUE 2016 World Lifesaving Championships; National, Club and Masters Championships and came away with;

Crawley Town LSC is now 28th in the world Open Club ranking and 49th in the world Youth (U19) rankings, a remarkable feat when considering that members are all self-funded unlike their much larger European and Southern hemisphere rivals. Crawley Towns other major achievements are summarised as follows; 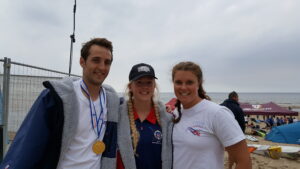 Also Pamela Shaw and Gary Lee both competed in their respective age categories in the Masters Championships.

Crawley Town take this opportunity to thank K2 Crawley for their extra support during the build up to these Championships. 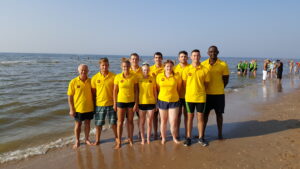 Approximately 4,000 athletes and officials from 40 nations together with 400 local volunteers took part in the Championships which was held in the purpose built 50m pool in Eindhoven and on the North Sea beaches of Noordwijk.

The RESCUE championships will move to Adelaide in Australia for RESCUE 2018 before returning to Europe by way of Italy in 2020. In the meantime Crawley Town will now set its sights on next year’s European Championships in Brussels as its Open team is currently ranked 3rd in Europe.