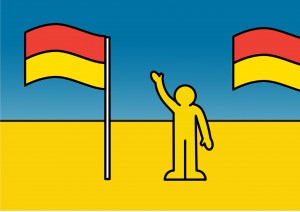 As we enter the second financial year of the GLP, we are excited to announce that our sponsors South West Water will continue to support the programme. SWW are delighted with the impact that our pilot clubs have made in presenting water safety to local community groups.  Having originally agreed to support what was back then, nothing more than an idea, to see how active our clubs and youth members continue to be is very encouraging, and with so many Surf Life Saving Clubs looking to get involved this year, the water safety and prevention of drowning message will spread further because of the hard work of all involved.  The young people involved are hooked and the enthusiasm, engagement with very positive feedback from all involved, particularly the schools and parents, is great confirmation that this will deliver a very popular new programme well into the future.

In a recent meeting, a representative from the RNLI had an opportunity to view and discuss the Graduate Lifeguard Programme.  The outcome being that the RNLI would like to support the development of the programme through closer links to Surf Life Saving Clubs, and by offering career guidance for any graduates looking to enter the RNLI as patrolling Beach Lifeguards.  Graduates, who have spent three years developing lifesaving skills in their local area, will be viewed as an asset to be utilised in the best possible way.

May is finally here and most surf lifesaving clubs will be back on the beach practicing and developing their water safety and rescue skills.  This is an ideal GLP starting point for any youth member in school years 9 and 10.  First year summer units involve Communication and two SLSGB awards.  The Board Paddler and Tube Rescuer awards can be completed during the beach sessions.  On completion, Graduates are then trained suitably to assist with water safety at Nipper sessions.  Just one example of how the programme is beneficial to club and member.

If you would like to offer the Graduate Lifeguard Programme in your club, contact Mark at mturner@slsgb.org.uk

We have received a number of nominations for Graduate of the month for April.  A reflection of the positive attitude and commitment to the programme by all involved.

Porthtowan SLSC provides this month’s Graduate of the Month winner.   Trainer Naomi Cannon has nominated Joseph Hayes for the award stating that Joseph’s “enthusiasm for the programme is contagious!”  Jo has worked hard to complete the first section of his workbook, his attendance and attitude makes him a fabulous role model for all.

Well done Joseph, a fantastic example of how to lead by example through positive attitude and team work.  A worthy winner of April’s; Graduate of the Month.

It is also worth highlighting Saunton SLSC continued development of the GLP as they promote a fantastic environment from which their graduates can focus on their progression and learning.   Billie-Jo Ford has been described by her GLP Trainer as “an enthusiastic participant of the Graduate Lifeguard Programme and a great advocate for surf lifesaving”.  Well done Billie-Jo, your efforts have made your club and SLSGB very proud.  Keep up the good work.