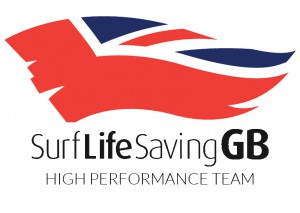 Surf Life Saving Great Britain (SLSGB) is pleased to announce a surf team to compete at the 2016 Sanyo Cup in Japan in July.

The team, known as SLSGB-HighPerformance, consists of 10 athletes; five male and five female, who will compete over two days of beach and ocean events. SLSGB has a strong history of competing at International surf events including Sanyo Cup and International Rescue Challenge, alongside pool-based events such as the German Cup and Orange Cup.

This years Sanyo Cup Team was selected by Keith Gammon, Rob Phillips and Matt Trebilcock, and has been ratified by the Sport Committee. The Team Manager, appointed by the Sport Committee is Sara Garner. Sara is a member of the Sport Committee, a Level 2 SLSGB Coach and a qualified International Lifesaving Official who regularly officiates at SLSGB events. She officiated at both European Lifesaving 2015 in Wales and Rescue2014 in France, has been appointed for Rescue2016 and has good standing in ILS. Sara is also experienced in supporting a National team at competition, as Team Manager for GBR One Team at European Championships in Wales last year.

SLSGB would like to thank all the athletes who put themselves forward and declared for both Sanyo Cup and Arena Rescue. It was decided not to send a team to Arena Rescue based on a small number of declarations for the event.